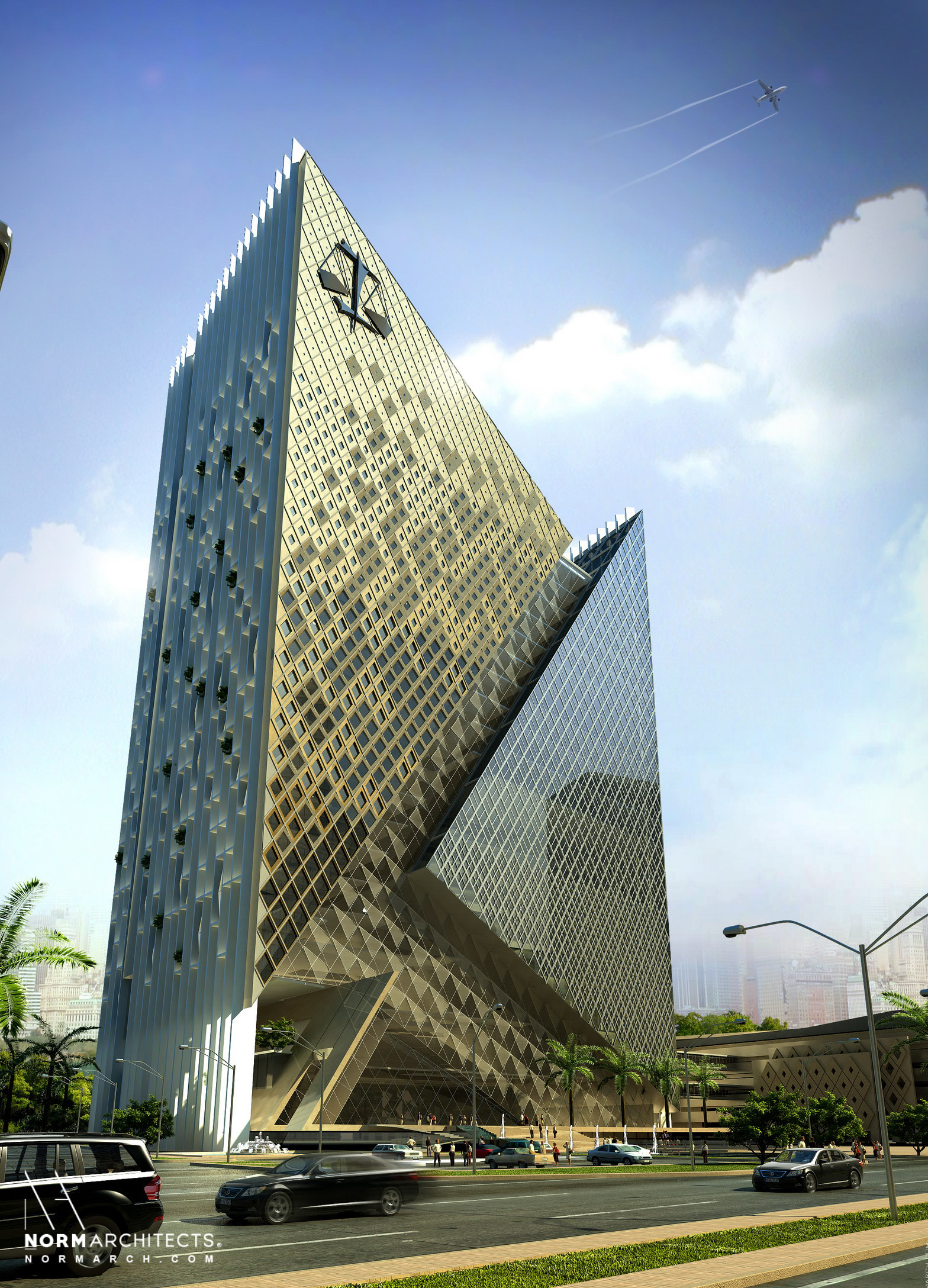 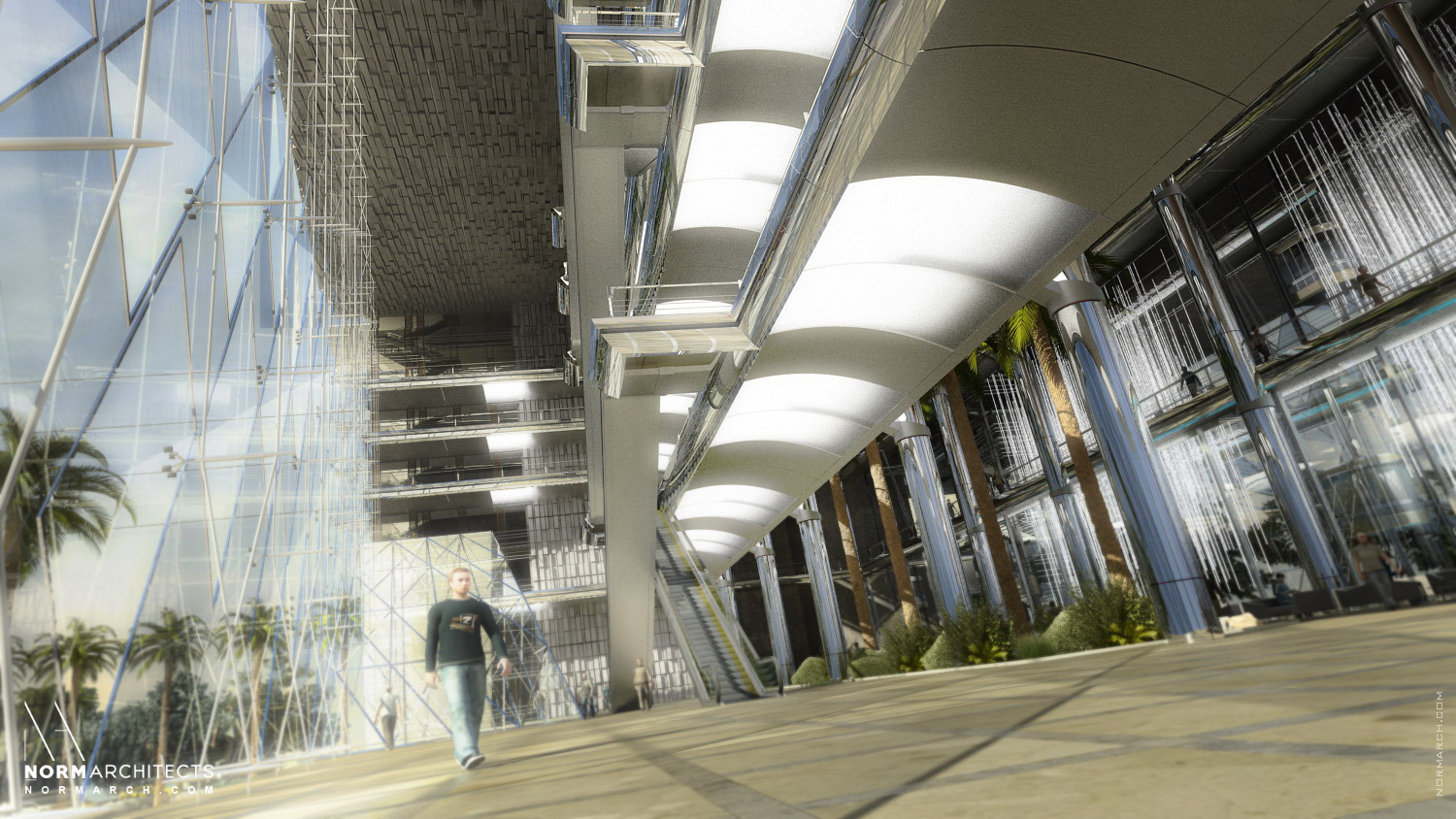 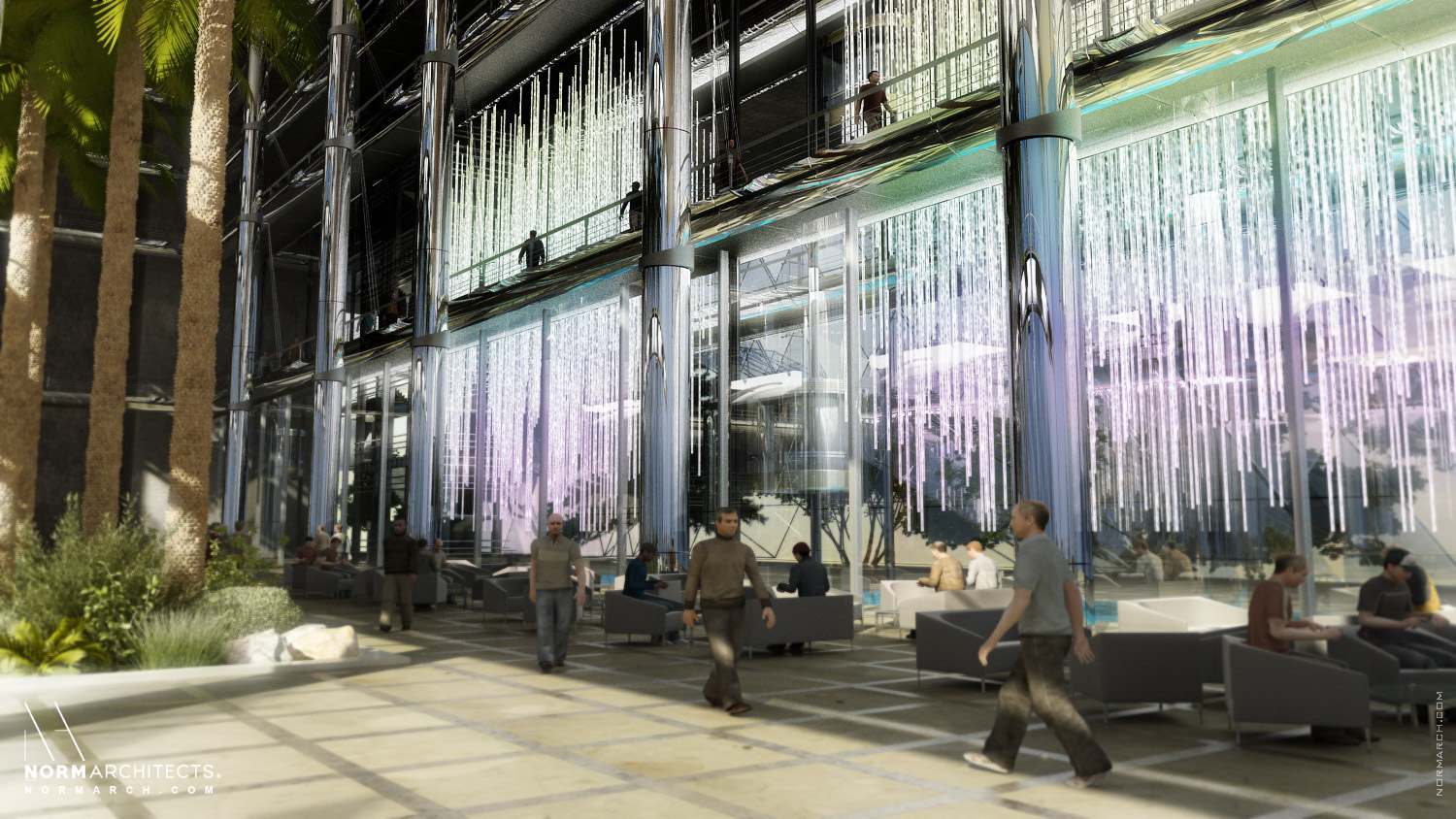 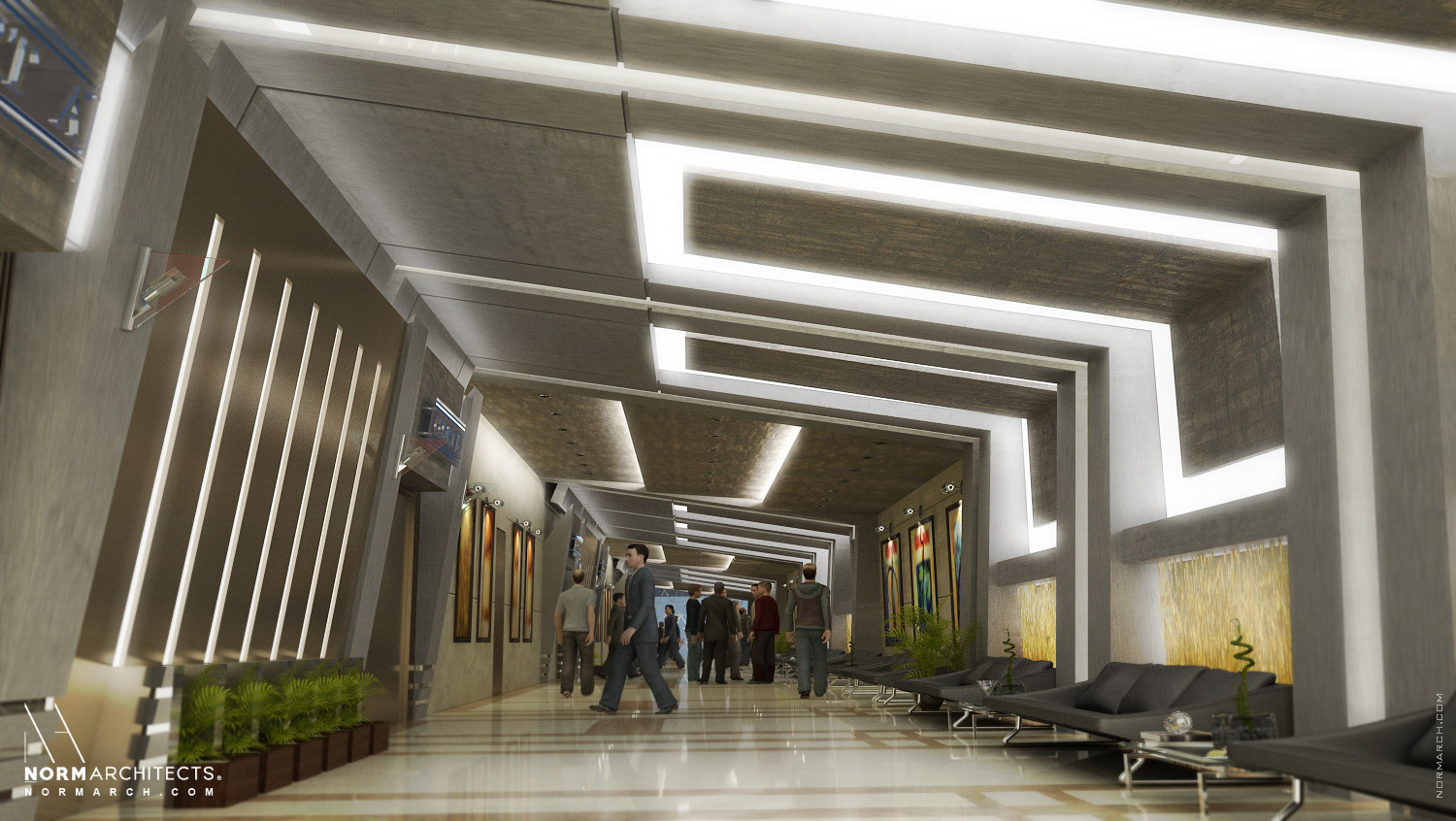 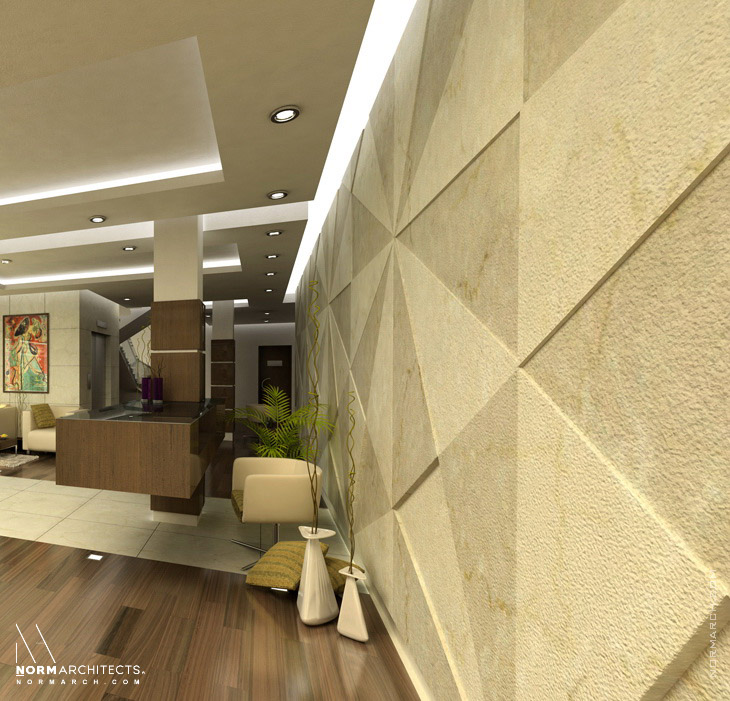 The architectural language used for the Jahra and Farwania Courts Complex is aimed at reflecting both the strength and transparency of the Kuwait justice system.  The two high rise court buildings consist of 80 courtrooms each, administrative and governmental offices, 23 conference rooms, cafes and associated public spaces.  Large state of the art courts totaling 200 square meters include natural illumination using clerestory windows and these are augmented by the natural light that enters via the large patterned glass façade that enables the public lobbies to be filled with light. A thorough study of both European and American court standards was carried out by the project team prior to beginning the design and the best aspects of the findings were incorporated into the project.