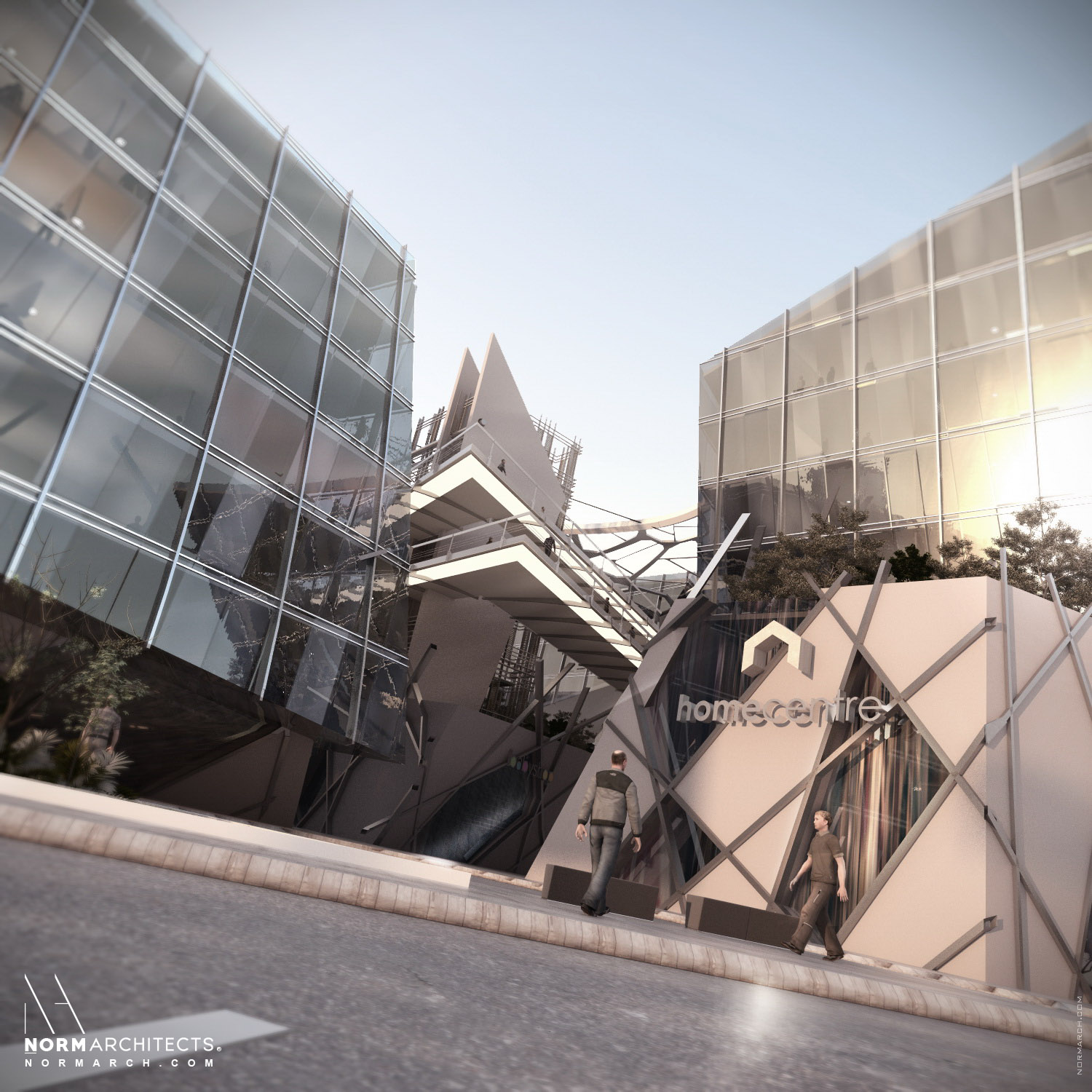 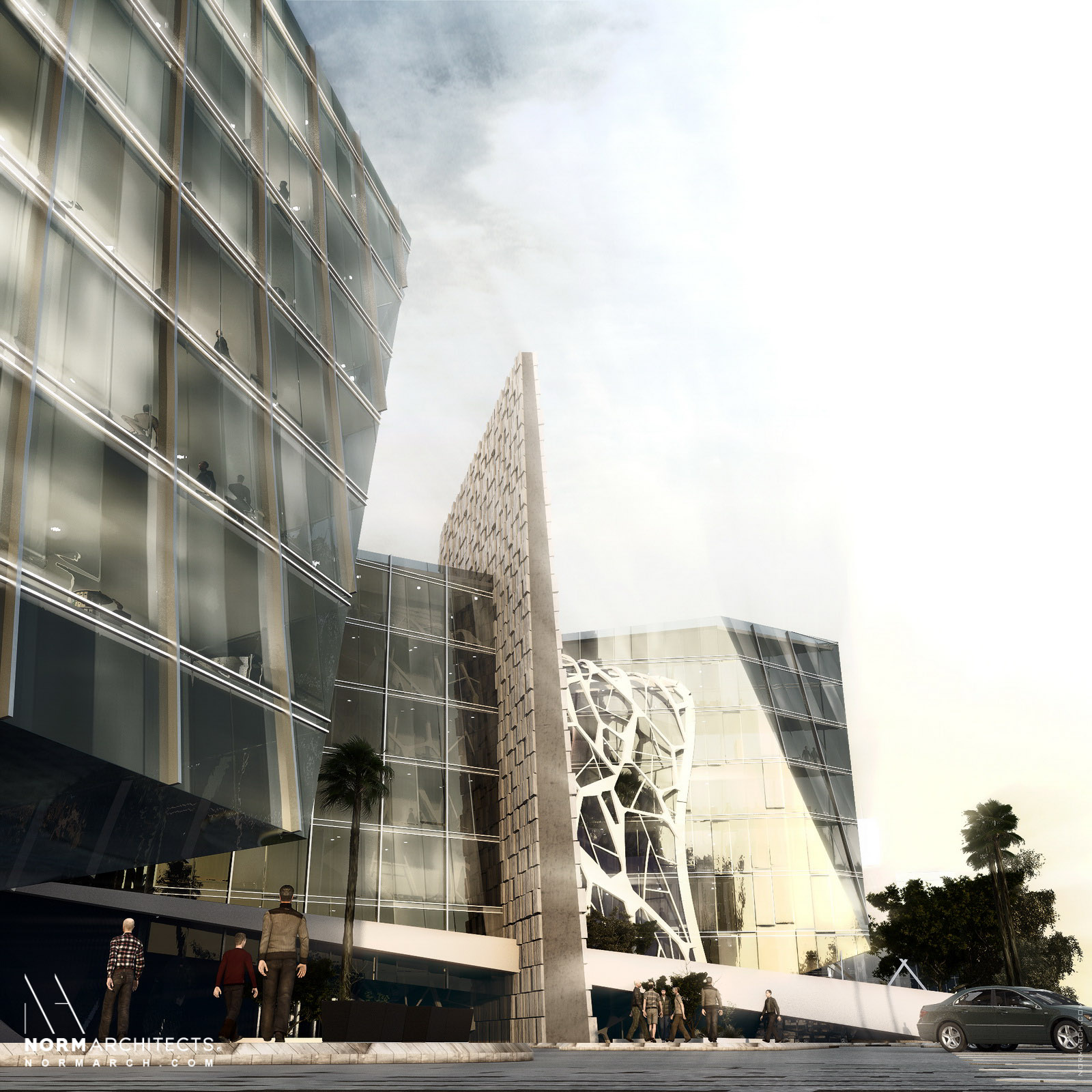 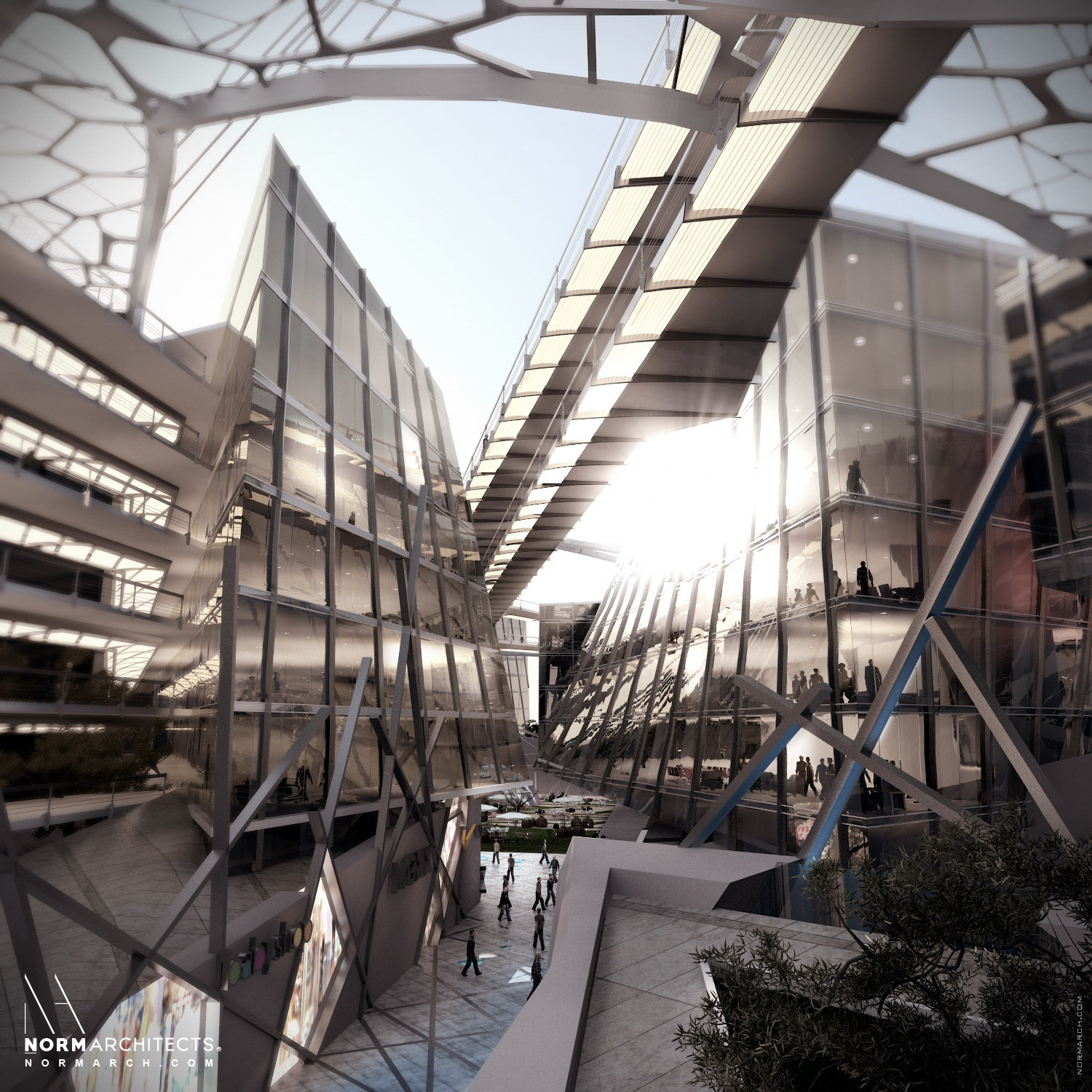 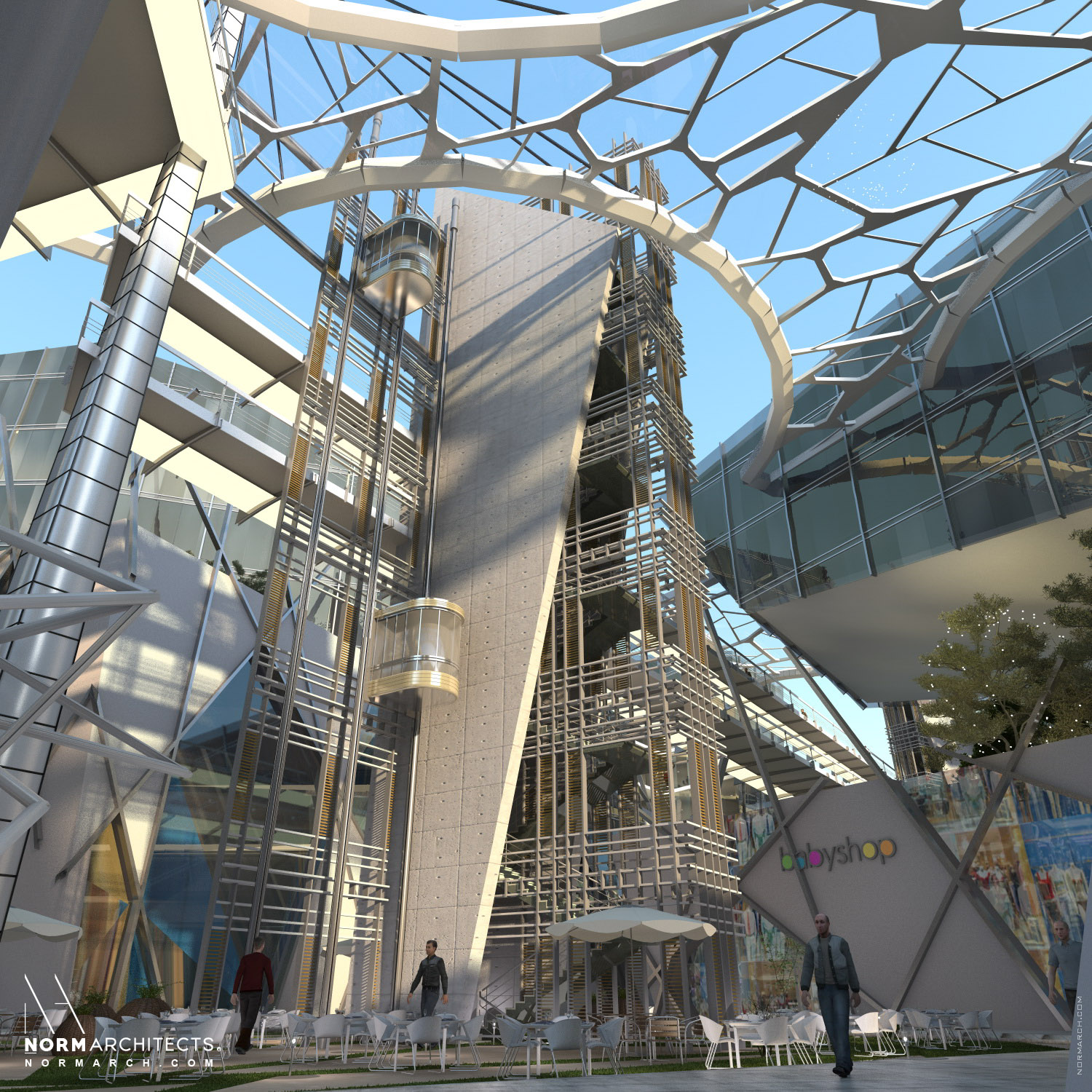 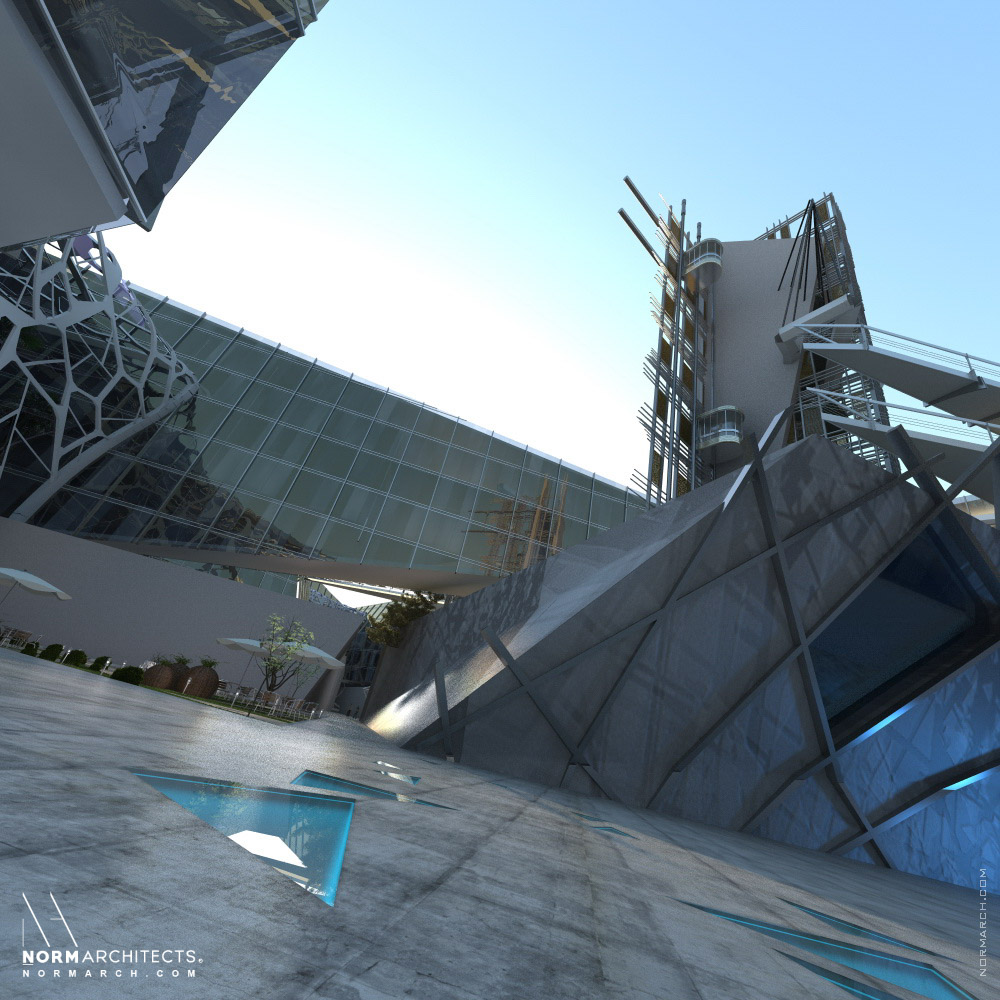 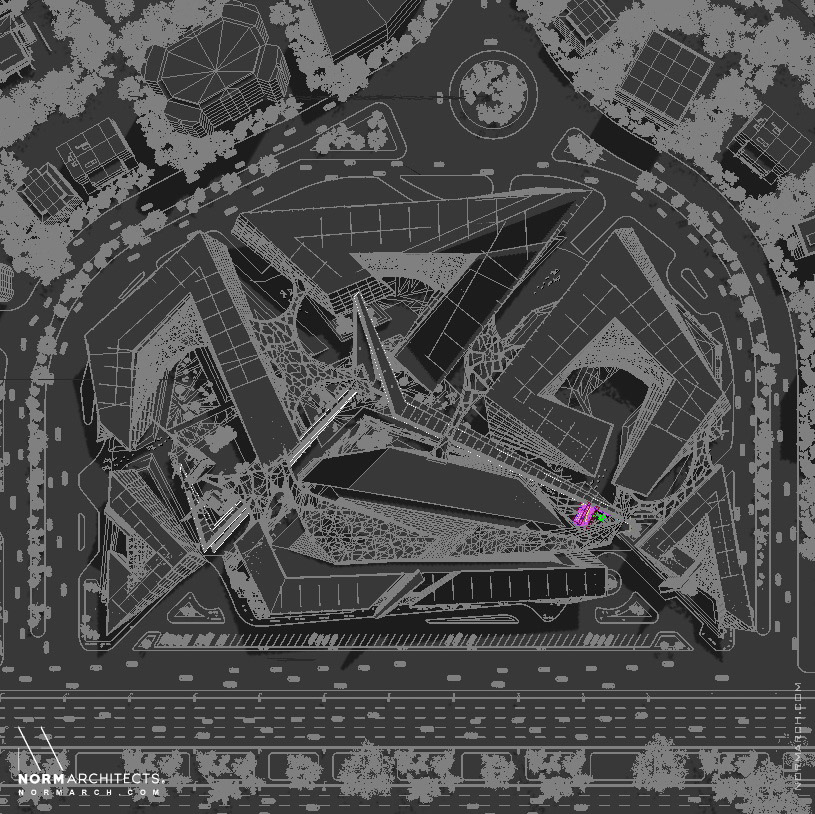 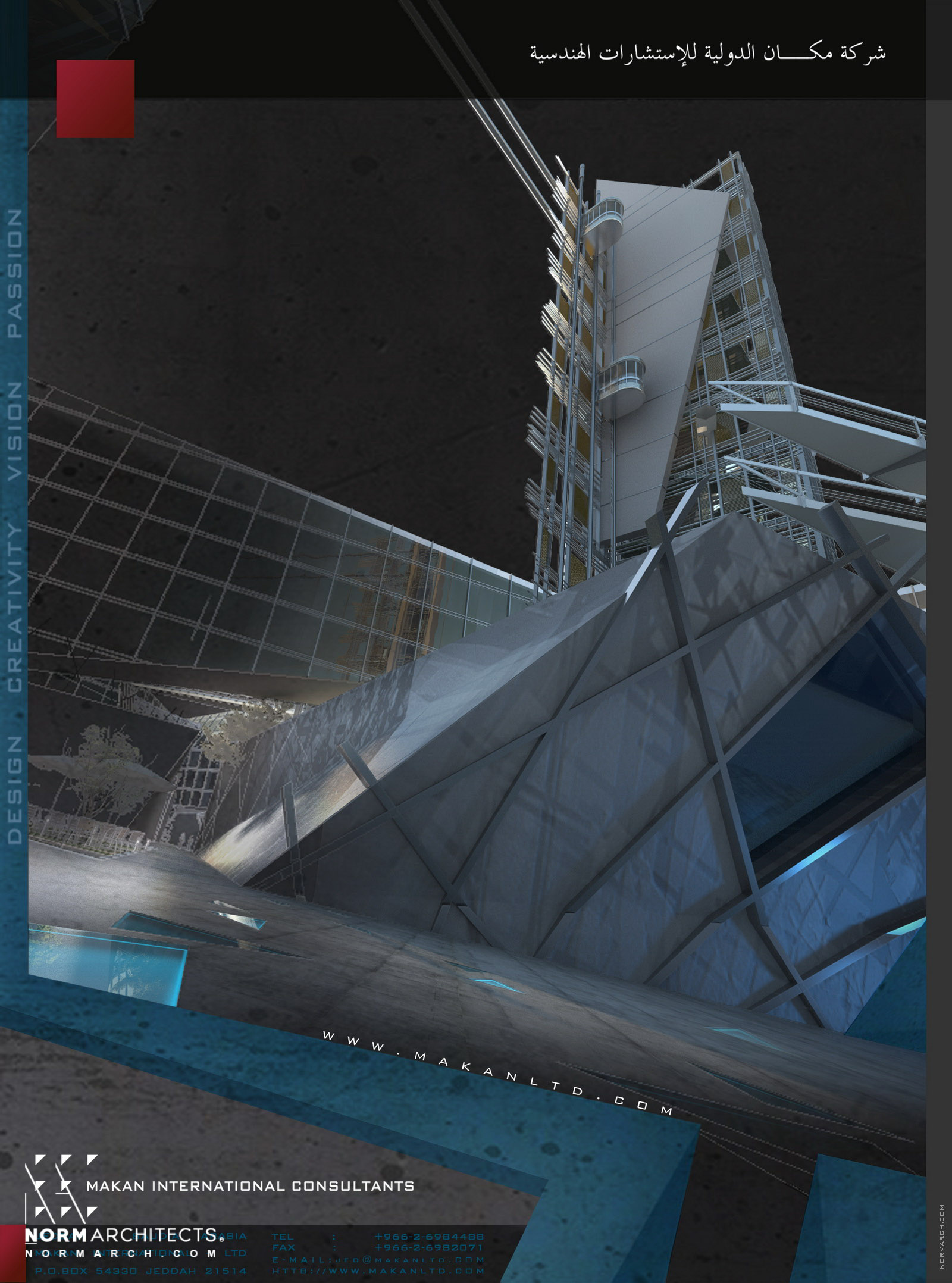 The design concept revolves around the encapsulation of the eternal struggle between tradition and the pressures arising out of Modernism. Prevalent thought in any time frame is the result of its environment with all its elements, effects and impressions. This reality defines us when we inte ract with our environment This interaction between tradition and Modernism was interpreted in this project by basing the project Master plan and Masses on a very traditional pattern. This then was subjected to polarizing influences that reformed its reality into a hybrid.

one based on tradition yet selectively and three dimensionally affected by Modernism, The project consists of two Main office blocks on either side of the land whilst the hotel and Multipurpose halls take the center of the site. Facing the hotel, a furnished apartment block completes the site The retail shops passageways and internal courts tie the project buildings together in a continuously transitioning space. The main site entrances were placed on AlMalik Road The architectural language and elements were used to reinforce the interaction between building masses. A series of shaded and ventilated courtyards adorn the site providing a stage for many activities.