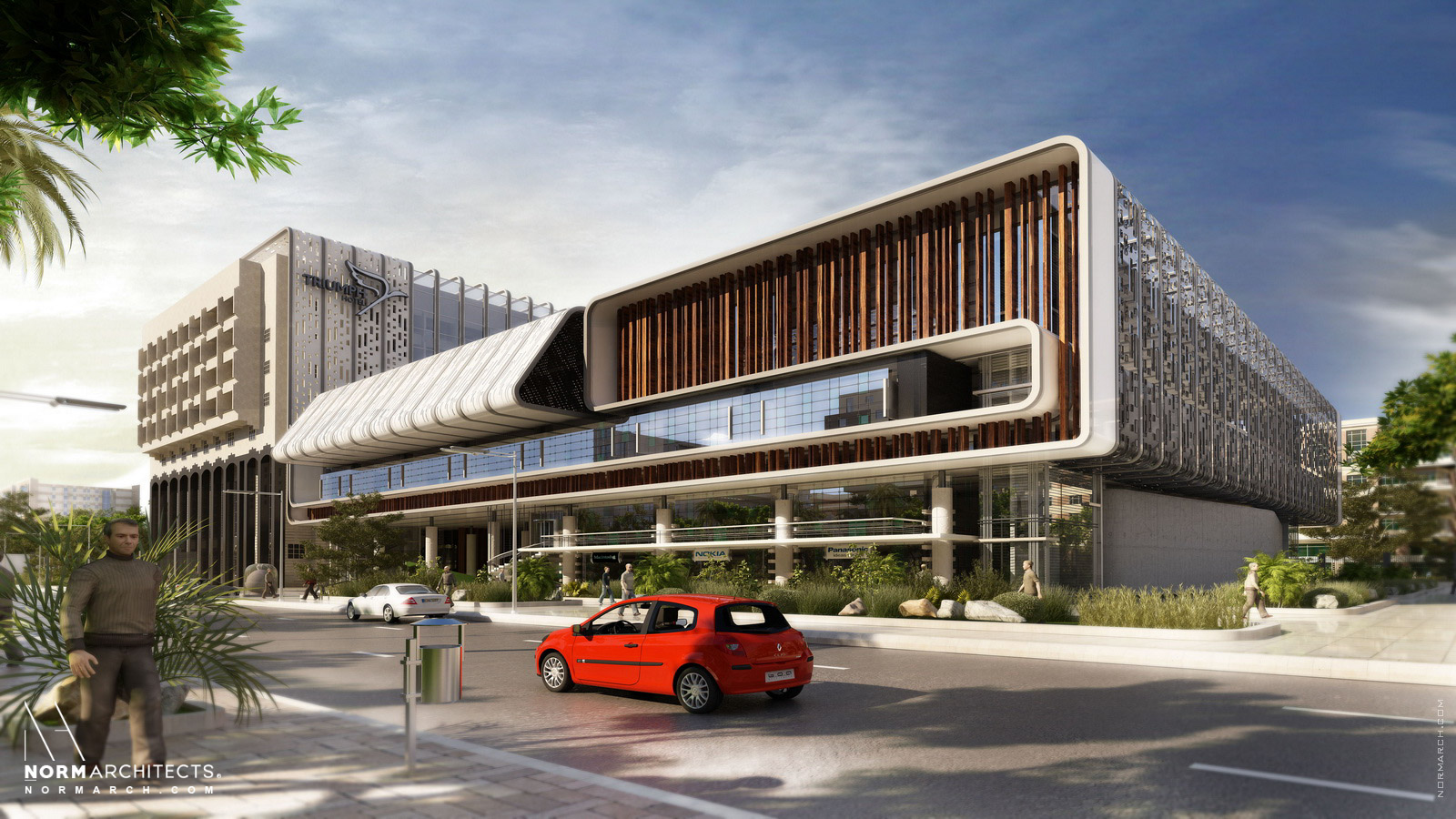 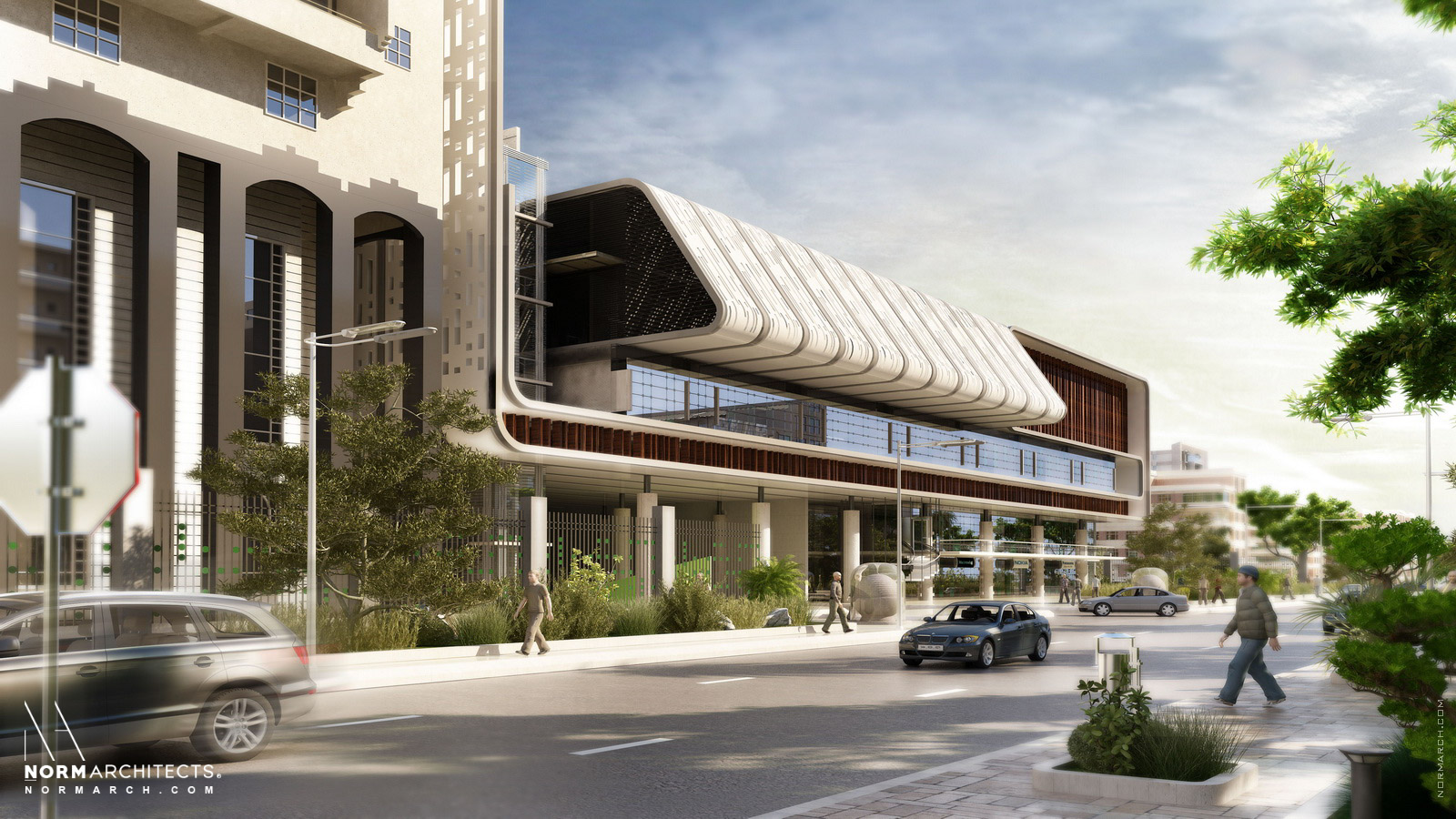 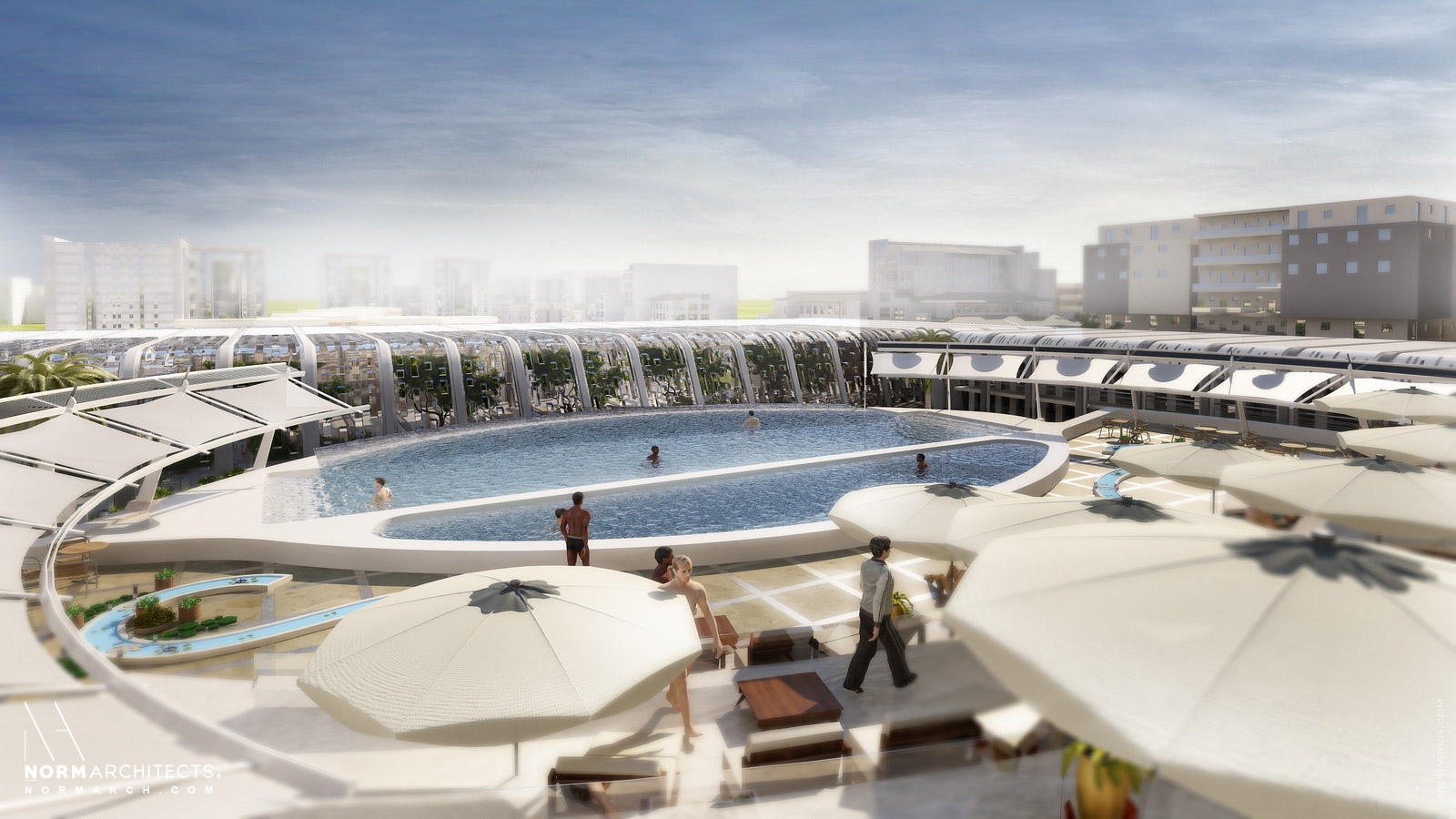 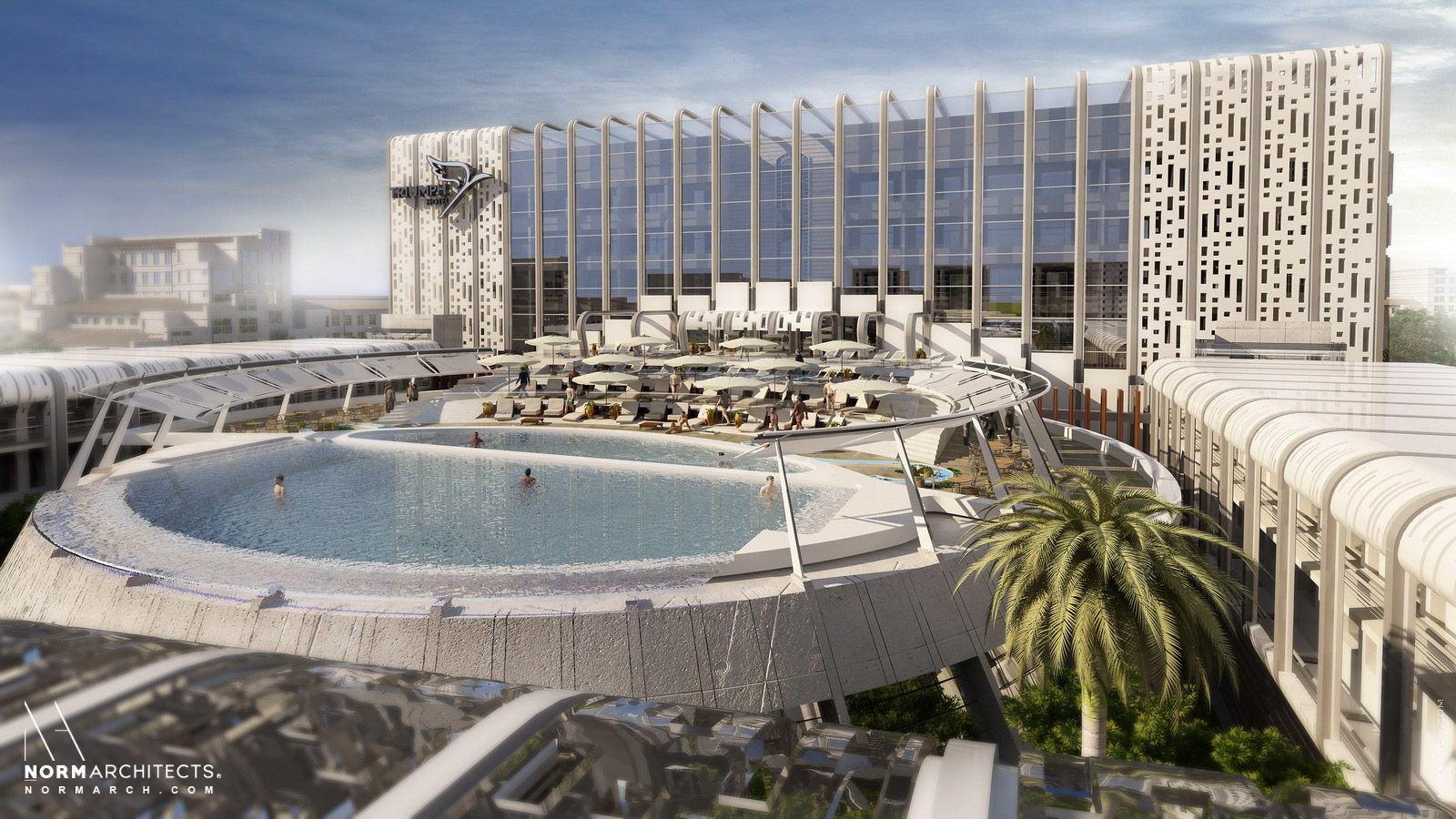 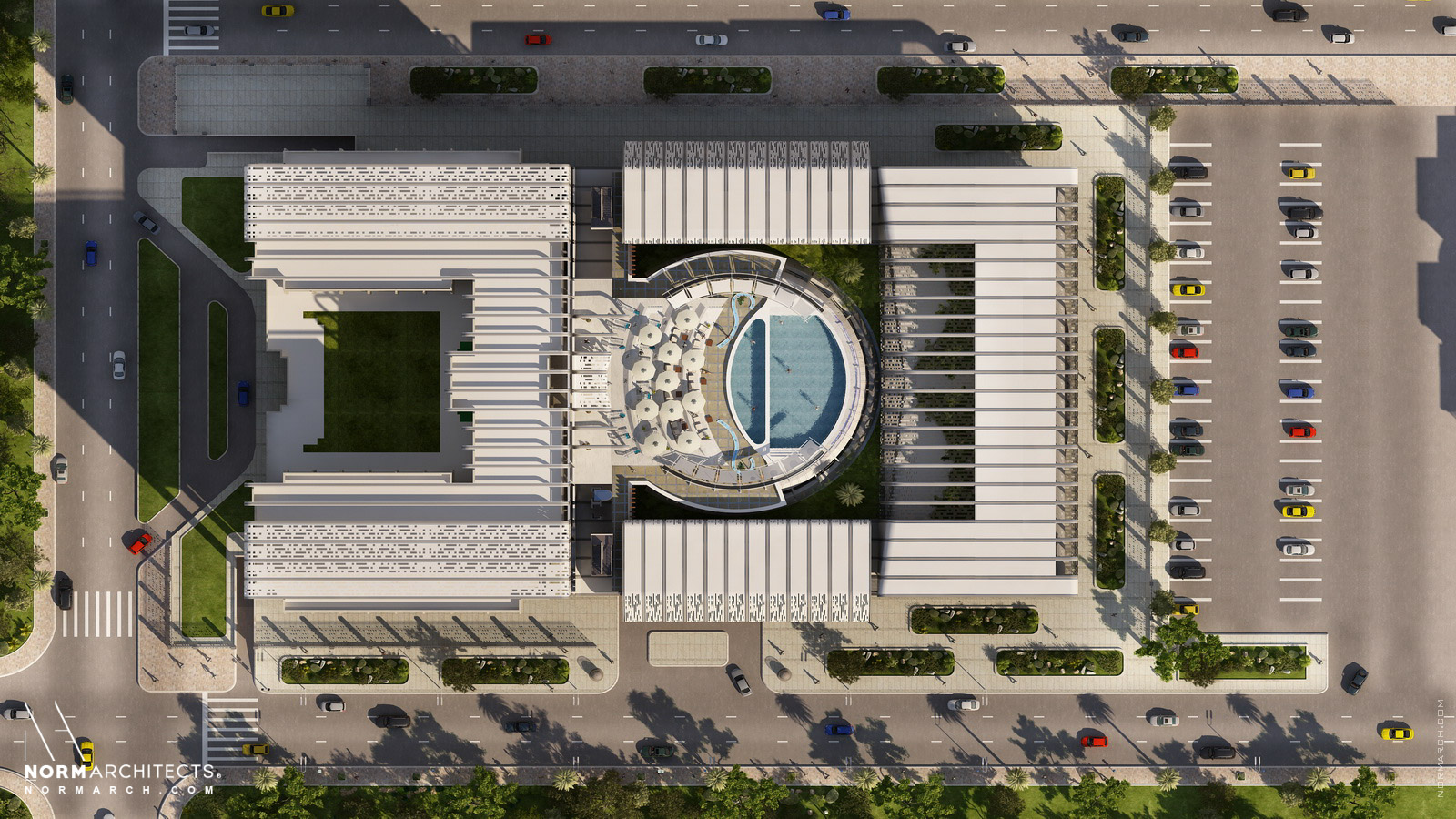 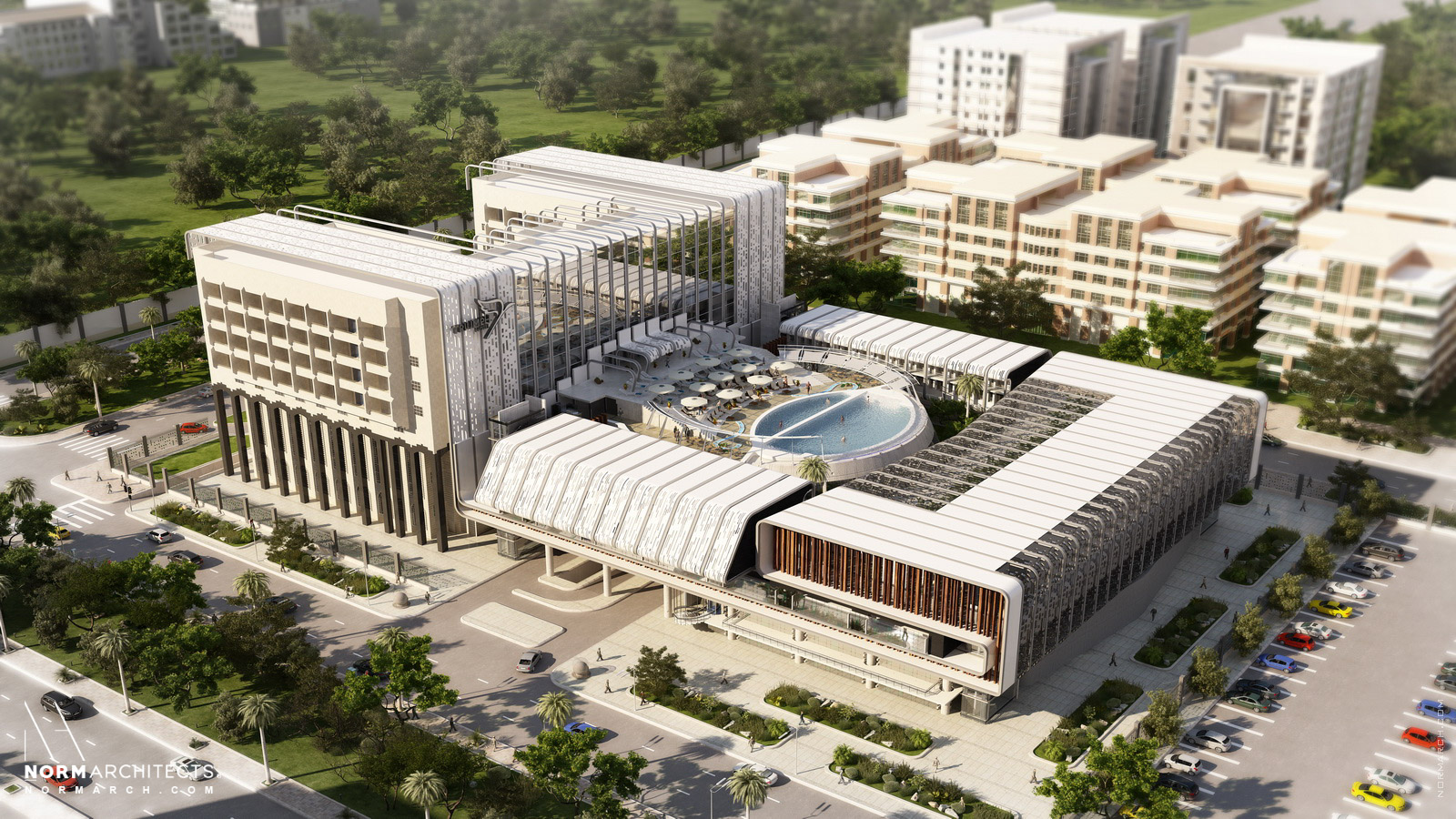 The hotel is being constructed in the city center, at the intersection of important transport routes. The hotel is located in Heliopolis one of the greatest areas of new Egypt. It offers splendid views onto the old city center. The new property is characterized by clear vertical line, picking out the panorama-view as a central theme. The Facade is emphasized by browny wooden aluminium stripes, cover a dark glass windows of the hotel rooms we focus in this project on the entertainment and recreational areas consider it an important part that services the old and new hotel which have a few number of rooms to be an extension for an existed one. The hotel have a great architectural theme and may be make the missing character for this area so we try to design a unique facades that gives a new land mark and in the same time we trying to match the old hotel facade with the new one by cover it with a transparent material that’s make a continuity for the designed new facades that makes the rooms still have vision on the city. Beneath the roof lies an urban scale entertainment district of cinemas, restaurants, pool and a theater that shifts in degree a privacy and scale between the main entertainment strip to the South and the old hotel and the new one that designed to be accessible and suitable for the guests.